A new twinning has been established between two DITA Sparring Partners: CRN Leganés and FH Campus 02.

The CRN Leganés is a public VET provider dependent of the Region of Madrid (General Directorate for Employment and Education) labelled as a “National Reference Centre” by the Spanish Ministry of Employment. This means that the centre carries out experimental and innovative training courses, methodologies and practices that can be afterwards mainstreamed to the rest of the VET centres at National Level. As one of the most cross-cutting training entities in the field of smart industry in Spain, the CRN Leganés also intends to set up cooperation mechanisms with other similar entities across Europe. However, until now they lacked the final push in order to properly set up a long-lasting collaboration, which has been facilitated by the DITA project.

On its side, Campus 02 (based in Graz, Styria, Austria) is a public university of applied sciences funded in 1995 by the Styrian Chamber of Commerce. CAMPUS 02 offers technicalscientific and business degree programmes oriented towards the international challenges of a modern professional environment at an academic level. In particular, they have just set up a new 6-semester full-time bachelor’s degree programme “Smart Automation“, so they are deeply committed to industrial transition and industry 4.0 in more general terms.
Both organisations applied to the Erasmus+ Spanish National Agency for a KA2 project titled RE-MAIN. The project duration is 34 months, starting in January 2022.

The connection between the two entities and the idea of setting up an Erasmus+project was facilitated by the DITA Atlas, since both entities were present on it at the time of the project preparation and, thanks to it, they could easily reach out to other training providers potentially interested in participating in the project. One of the DITA partners (Grupo DEX) supported the two organisations during the project preparation.

The project addresses the challenge of remote maintenance of industry 4.0 installations and equipment. It envisages the development of a pilot training programme for the students of the organisations participating in the project. With the help of the technological partner, FESTO automation, partners will be able to test the programme with state-of-the-art machinery replicas.
The objective is to adapt and update the training programmes offered by the organisation in relation to the new trends and needs of the industrial sector, as well as improve the trainers’ competences in the field.

More detailed information is accessible at this link. 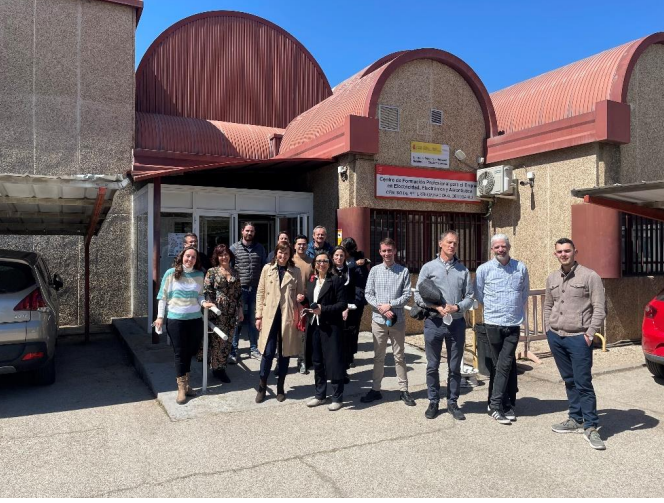